As DeFi’s largest asset manager, Index Coop has a unique and outsized impact on the greater DeFi ecosystem. As $DPI and Index Coop’s other index products grow, Index Coop’s impact will be further amplified. By creating a strong meta-governance framework early, Index Coop will establish itself as a trusted entity within the tokens held by $DPI and the rest of DeFi.

Inspiration and Caveats from TradFi

Governance in public TradFi is extensively regulated and an area of growing focus. While big players in the market, like Vanguard and Blackrock, have enormous economic and voting power, much of public governance is dictated by the recommendations of two other entities: Glass Lewis and ISS. These entities research voting proposals and other issues of importance to public company shareholders. There are some things TradFi does well in this arena:

At the same time, however, there are flaws with TradFi governance:

To address these flaws with the TradFi system at Index Coop are two proposals:

Rather than approaching meta-governance for $INDEX holders like ISS/Glass Lewis do for public stockholders, where there is a right and wrong answer on each specific governance topic (down to the strength of specific policies that are adopted by a company), meta-governance proposals should be recommended using a set of principles, followed in order:

Although intuitive, establishing such principles is important for alignment across Index Coop and to serve as a systems-first means of reviewing proposals.

To encourage participation in meta-governance matters we can incentivize voting through the following structure:

Not all $INDEX holders care about the non-economic benefits of holding the token, and we have an opportunity to provide a means of allowing them to transfer that right to a group who will take the charge seriously. Considerations for discussions:

In addition to the above, there are other considerations to encourage participation:

$DPI represents one of the easiest entry-points to DeFi for new users, so as the space continues to grow, we should expect $DPI to grow and, concurrently, the average $DPI or $INDEX holder’s interest in and understanding of the DeFi space to naturally be lower. In order to (i) prove to the tokens underlying $DPI that we are a trusted partner who will take governance seriously and (ii) avoid potential gamification of $INDEX to impact votes, this means we will need to encourage greater $INDEX holder participation in meta-governance and begin building more formal systems for governing it.

Thanks to @BigSky7 and @fallow8 for your comments and suggestions on this.

@cedrick this is an excellent intro to considering a framework for such an important power as how we can participate in DPI projects we are supporting in the market.

Can you suggest good next steps to for these ideas and discussion points?

Hey Cedrick, I really like your thinking here. Aligning $INDEX productivity with governance is a really innovative way of thinking. I also appreciate the fact that we are looking at using TradFi practices as a way too improve our practices in DeFi, we should always be striving to build a better financial system than the existing one. Index Coop is lead by our set of principles bringing these principles into our meta-governance will be a significant step in our evolution as a DAO. I share your view that we have a huge responsibility to the holders of our products and the crypto community in general, we should be guiding and setting the standard for responsible governance in order to build trust in our organization as well as the broader crypto industry in general.

Additionally, this delicate process is of huge importance and will take time to refine from an engineer point with getting alignment on what the right principles should be to guide our meta-governance activities. However I do believe within in the eco-system we do have the right partner’s to get this process right like @kevinknielsen from Boardroom and @brian_rabbitholegg from Rabbithole that care deeply about this subject and are willing assist any DAO in improving governance.

I think we should consider rewarding metagov voters in the indices that participate in metagovernance, e.g. DPI and MVI.

That would be an extremely novel value capture mechanism in a non self-referential token, and would incentivize participation where it has been lacking in this huge initiative we have touted as a key piece of Index Coop.

We should also allow metagov voters to delegate to metagoverners.

I’ve been thinking that delegated voting makes sense for the coop (certainly for meta governance). Implement Governance Mining - #3 by overanalyser maybe the delegates should receive a bonus on their voting rewards (with a higher threshold?)

I also wonder if we should modify the criteria for meta governance votes, If the snapshot is overwhelming one way or the other, should we allow a lower quorum to pass.

It’s something we and others are developing: 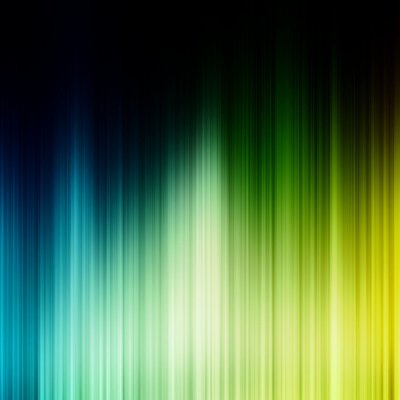 1/ The dramatic growth of passive investing has conferred enormous voting power to a handful of asset managers. Due to associated costs, a duopoly in proxy advisory services has formed. As #DeFi creates new indices, this model should be improved upon. Meta-governance can help.
2 Likes
DevOnDeFi March 28, 2021, 1:23am #6

I’d not as fully considered the Coop’s role in the wider crypto ecosystem here, which is another reason to get our internal governance and external meta-governance right. The former obviously being important for our own internal success and keeping and growing a vibrant community. Great call on push notifications re voting events - I’ve missed a few votes due to no pushes and not monitoring Discord actively enough.

What would you suggest the priorities are for meta-governance in the next 3,6,12 months?

For internal governance, I’d personally like to see I) delegate voting, 2) push notifications to INDEX holders re vote events, and 3) community voting with unvested INDEX - and you’ve now sold me on rewards for consistent voting behavior. If I had to pick one of these to get done in 3 months, I’d go for 1) delegate voting, which I think would be most impactful for metagov due to a majority of INDEX holders long-term not wanting to do their own metagov voting.

Push notifications seems like a feature which would then add most value for INDEX holders wanting to actively participate in meta-gov - potentially a smaller cohort.

Great post @cedrick and a lot of content in there. I love that it boils down to some really simple actions we can take though, and the principles in particular stick out as something we haven’t discussed much but are a really nice way to solve the issue of communicating on each vote.

I think the idea of delegation to an elected and compensated group of 5-6 individuals is a great way to ensure tokens are incentivised into this kind of system, but then deployed most effectively. Governance of any kind is already a time intensive operation, to have meta-gov laid on top pretty much makes it full-time.

Clearly there are a lot of details to flesh out (and I expect a proposal for a meta-gov working group any day now) but overall think your post lays out things we need to head in the right direction.

Look forward to seeing things progress in this area!

Thanks, all - been great to read these responses and suggestions and speak to a number of people about these topics on the weekly calls and one on one. Some responses below:

@Tim_Malibu and @DevOnDeFi - you both asked about action steps. It will be critical to have ongoing discussions about what is practical from a technical perspective and build further community buy-in, but I think the below is probably what makes most sense for carrying things forward:

@DarkForestCapital, completely agree. I think having an elected group of dedicated individuals focused on this topic makes a lot of sense, especially as we continue to scale.