Make the following changes to the Index Improvement Proposal Process:

If accepted, this proposal will make several changes to the Index Improvement Proposal process.

1. Move hosting of IIPs to the indexcoop gitbook found here.

The passing thresholds for Decision Gate 2 votes are:

The passing threshold for all other IIPs (including meta-governance votes) are:

4. Change waiting period before an IIP can be called to vote on.

5. Add a second class of fast-track IIPs with reduced requirements.

The original Index Improvement Proposal program was created just days after the Index Coop was launched. Since then, we’ve created and voted on more than 20 IIPs and have a much better understanding of the needs of the Coop. This IIP suggests improvements to the IIP process to better serve Index Coop’s needs.

Some of the problems we’ve identified with the current IIP process:

The IIP process is successful insofar as it helps us better run the Index Coop and gather consensus. The hope behind this IIP is that by agreeing to reduced requirements for the IIP process, we can get higher compliance with the remaining requirements that are critical to reaching consensus. By removing the more ambiguous parts of the IIP process, it should be clearer to all Coop members whether or not an IIP has passed or not.

I like the proposal. I think it’s critical from an organizational perspective that we have clear rules in place, especially for critical items like votes, and that we then actually follow them consistently. I think what you described probably brings the voting structure more in line with what is desired in practice.

It will be useful to have the voting rules, written as clearly as possible (e.g., noting where no quorum is needed, passing thresholds) on the gitbook so that newcomers coming to participate are fully aware.

These are much needed improvements! Adding a second class of fast-tracked IIPs will significantly help us speed up some of our more routine decision making processes. The faster we can make high quality decisions as a community the better.

Once this is approved we should further explore breaking IIPs into several different classes based on the nature of the proposal. While some IIPs have broad community impact and need extensive debate, others are more routine in nature.

I wonder if the IIP should specify if / when a forum poll is required / sufficient or a Snapshot is required.

At first blush, #1, 3, 4 seems like no-brainer, small tweaks to simplify and speed up decision making.

Without having done actual analysis, it seems like quorum requirements are easily surpassed when there is enough enthusiasm and support/detraction for a given vote.

I don’t quite understand what problem(s) #2 is intended to solve.

Curious to learn where that suggestion is coming from!

I want to echo @gregdocter point.

Remove quorum requirements for all IIPs, including Metagovernance votes.

I believe that the quorum requirement provides a valuable way for us to assess the enthusiasm for proposals. If the community is un-enthusiastic about a proposal this can be expressed in two ways, either we vote no or we abstain from voting. This provides a great way to screen proposals and ensure that a minimum level of engagement is reached.

Thank you @dylan for the proposal. Looks really well thought out. I have a few takeouts/thoughts on this, mostly on the quorum & waiting periods points raised. I totally agree we should have a separate fast track IIP process:

Some type of quorum exists in almost all voting based systems, for the reason that abstention is also a way to express opinion.
Removing quorum for all IIP’s imo does not foster inclusivity, and it could open up attack vectors on IIP’s but especially in meta-governance proposals, as indices like DPI gain size in the space.

For fast track initiatives, we do have the supermajority forum vote rule which is not great in terms of sybil resistance, but really efficient for quick things.

My thinking around solutions for this, would be:

1- Create the proposed fast track IIP with a lower current quorum rule for a restricted type of voting proposals, that involve routine operational decisions, with a cap on $ value that is subject to low quorum threshold.

2- Further cement the role of IIP champion/proposer (I can think of how EIP’s have champions in the Ethereum governance model), and make sure they have the role of gauging community support & reception for a certain proposal, before it goes to voting, and they would be the main point of contact for questions/details.

3- Keep current quorum rules for proposals above the $ threshold defined in #1, new products as well as meta-governance proposals, with maybe a longer voting period for more exposure vs INDEX holders.

Thanks for pulling this together Dylan it’s a really valuable update to the way we approach improvements.

A couple of thoughts:

@DarkForestCapital @snasps @gregdocter how would you feel about lowering quorum for meta-governance? Trying to understand if 15% has some scientific significance or if it’s arbitrary.

I would support removing quorum on everything that is not meta-governance, DG1 & 2 votes and major changes related to our products (changing fees, for example). 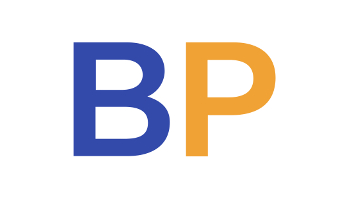 No strong feelings on this one, but I would argue that going too low/no quorum could incentivise potential bad actors to try to pass bad decisions on other protocols. The bar needs to be high enough so this type of attack on the Coop would not be economically feasible.

Regarding other types of decisions:

DG1&2, Fees: I think that as @BigSky7 pointed out, strong community support for new products/changes to existing products is kind of an early temperature check for the wider community’s excitement for those. Quorum is a way to make sure we do not proceed with plans that have less overall community excitement.

Spending: I think that there should be a quorum on budgets & spending decisions (over a certain $ threshold) to ensure token holders at large feel they are being consulted on big financial decisions regarding the Coop.

Fast track: We should have a lower quorum requirements for more routine decisions & spending decisions under a certain $ threshold.

Thanks all for all the responses. I’m going to update the proposal with the following changes:

@snasps Regarding spending:
By removing the forum proposal super majority pathway for IIPs, all spending from the community treasury will in some way be subject to INDEX token holders.

There are two main ways community INDEX tokens are spent: