The proposed offer has the following package:

Compared to the current contributors this is an increase of $5,000 per month and $20,000 annual stipend).

Compared to the Hiring guidelines for a standard technical role, the stipend ($20,000 per year) is added and the INDEX vesting has been retained at the higher level (0.15 vs 0.10%)

The initial announcement of the position made a clear case for recruiting a Head of Analytics:

Following the recruitment process and subsequent package negotiations, the hiring team believe that the proposed offer is good for both @JDCoop and Index Coop.

To hire @JDCook the following package,

As per IIP-36, the INDEX tokens will be subject to:

The role will be focused on managing and building the Index Coop’s analytical capabilities and contributing to the overall growth of Index Coop and our community.

As with the other Full Time Contributors, @JDCook contributions will be considered against the Hiring Guidelines (09Jun21), and the scorecard detailed here.

strongly strongly strongly for this hire. JD has been critical to the success of the coop and I can certainly say without his Dune mastery we wouldn’t be nearly as successful of an organization as we are today.

I must say that this has been a most interesting process and, having been involved in hiring both junior staff and company directors, doing this within an open DAO forces some changes to what I’ve learned as best practice (for both the candidate and the organisation).

I think of the process as having three parts:

This was the easiest part. All the people involved (@DarkForestCapital , @BigSky7 , @DevOnDeFi @gregdocter and myself) were in full agreement that we should offer @JDcook this position. Personally, I can imagine no one better to become a Full Time Contributor to the Coop (in any role).

For me that package negotiation is about the candidate and what they can do for the Index Coop, and where we need to offer to capture their undivided attention.

@JDCook beings a number of valuable traits to the table:

As such, I believe that the proposed package is good for both JD and Index Coop.

I should note, that during the negotiations, it became clear that our opening offer ($5,000 + 0.15%) was not going to work. At this point, @DarkForestCapital and @BigSky7 asked to step back from the negotiations, as their position as FT contributors could imply a conflict of interest. I then asked @DevOnDeFi and @gregdocter to join me as they will not be impacted by TF packages (WG leader Stipend and SET staff).

During this process, we realised that by offering a FT role with better terms than the current four FT contributors are on, we may open the gate for others (current or future) to negotiate a larger package.

This is a separate discussion as to whether we should hire @JDCook on the proposed terms.

However, it is a debate that Index Coop should be having on an ongoing basis as we grow and we learn what the market pays.

During the hiring team discussions, we considered a number of things:

As such, while we have created a new price point with this proposal, we do not feel that we have set a new floor for FT contributors (existing or future). Nor have we set a limit on what could be offered to candidates with exceptional skills and abilities.

Finally, I would like to thank @jdcook cook, @DarkForestCapital , @BigSky7 @gregdocter and @DevOnDeFi for their professional approach and patience as we navigate the growth of our DAO.

As I’ve not heard any dissenting opinions, I would like this to be scheduled for vote w/c 26th July 2021.

@gregdocter @Pepperoni_Joe could you prep it for me. No changes have been made.

An IIP number has been assigned to this proposal.
The related gitbook entry has been created here: 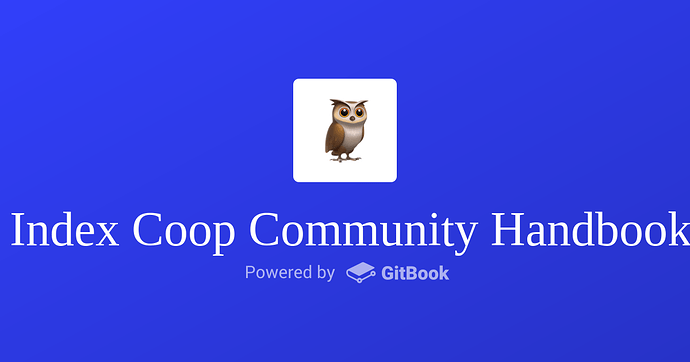 I had ommitted the following from the IIP with regard to the vested tokens:

With clawback - All unvested INDEX returns to the Index Coop treasury if someone leaves or the full-time contributor relationship is otherwise ended.

This is the same phasing as IIP-36 with regard to the vested tokens.

I apologise for any inconvenience caused by my omission.

This is one of the easiest votes we’re ever going to come across. Very happy to see this for @jdcook. He adds a ton of value and represents the IC’s principles well on a daily basis.

I also want to applaud the hiring team for putting forth a construct that is thoughtful and attractive yet also reasonable for the Coop.

I have requested to update the split of the $10,000 USD per month from 50/50 INDEX/USDC to 100% USDC. This is to avoid adding sell pressure on INDEX. If I want to increase my INDEX exposure, that adds buy pressure to INDEX rather than the other way around.

I wanted to post publicly to give anyone a chance to voice any potential concerns. If there are no concerns, I will request that the change be in effect for next month’s comp schedule.